I went out this morning with flatties, whiting and mullet on my mind. I blanked on the first two, but ended up with a new PB mullet.

I didn't have a tape measure with me, so I couldn't get a true measure but this fish was much bigger than others I've caught. I caught it using one of the famous Flyworld Worm flies (tan coloured). The leader was 12' long and the tippet was 6lb flouro.

A school of around 20 fish came through in a line, so I led them by a foot or two and moved the fly when the lead fish had already moved through. The fish grabbed it and took off! Great fight on these guys, probably 8 runs, some of which were nearly into the backing. 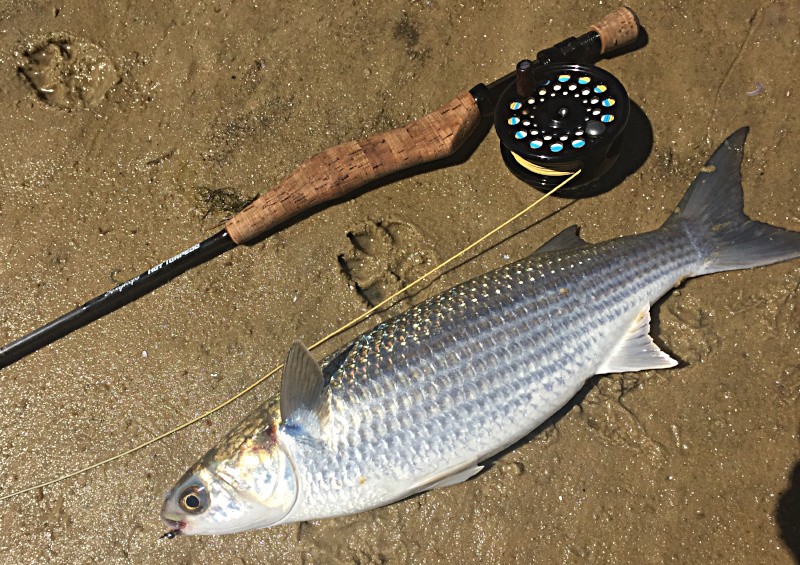 Nice work, going to give those a crack. Some big mullet in there!
Top

Inspiring Graeme. I've been exploring a couple of spots early morning where I've seen fish rolling, splashing and jumping - I'm not sure what they are but have been flicking a few flies that I know take thin and thick lipped mullet in UK waters, without a sniff as yet. I'' persevere and work it out eventually.
Top

About as frustrating as fish get, I once caught 2 hooked in mouth then nothing...ever again. Maybe we should run another "Mullet day" such as we did in the club's early days (lots of tall tales of near misses but no mullet caught)